Three laws of Mendel of inheritance are actually the postulates given by him in 1860’s from result discovered by crossing garden pea plant. 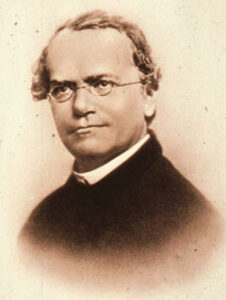 After the rediscovery-Those 3 postulates of Mendal which was earlier rejected were verified as laws. Karl correns plays an  important role in coverting those postulates into laws of inheritance.

Before we directly jump to learn three laws of Mendal laws. You have to remember these points

In this article-We are going to discuss  those three laws  of Mendel in detail.

Law Of Dominance states that, “When we cross two pure individual of contrasting characters then only character is shown in F1 generation while other character remains hidden”

The character which appears in F1 generation  is called Dominant character.

This law of dominance can be explained by using Monohybrid Cross.

Mendal’s law of dominance is not accepted universally. The reason behind this is- If mendal was correct then there must be two characters only i.e Dominant And Recessive.

This means there are only two ends of any character. For Eg:- Intelligence~ If Mendal was correct then-Some people should be very intelligent And some must be very dump. But, the scenario is different-We can see people with IQ levels and intelligence.

That is why-Mendal law of dominance is only applicable for Pea Plant.

This is first law of inheritance among three laws of Mendel.

Law Of Segregation states that, ” Two alleles present in a character of hybrid remains together without mixing to each other and separate in pure form during gamete formation”

For Example:- The allelic pair(Tt) forming a character hybrid tall as in F1 doesn’t mix tk each other. That means- T doesn’t mix with t. The only thing happens is T masks t and shows itself.

And During Meiosis-i.e During gamete formation- These alleles i.e T and t separate in pure form.

Law of segregation can also be explained with the help of Monohybrid cross.

This law is called as purity of gametes because they doesn’t mix with each other in hybrid union and appears in pure form representing their own ability i.e T(Tall)  and t(dwarf).

Law of segregation/ Law of purity of gametes is universally applicable.

This is second law of inheritance.

Law Of Independent Assortment States that, ” During the cross of two individual differing in two pairs of contrasting characters then one pair of character can assort independent of another”

This law can be explained by Dihybrid Cross only.

For Example:- The cross between Round Yellow pea plant with Wrinkled green pea plant.

On selfing we get individuals of  like:- Yellow-wrinkled and Round-green.

This suggests that- These characters are independent of each other can can go(Assort) with another easily.

This law is also not accepted universally.

The reason for not applicable universally is linkage.

Here-Linkage is property of gene due to which they are linked to each other and doesn’t separate during segregation and trasfer from one generation to another together.

Note:- Linkage is independently proportional to distance between two genes.

This is because-Mendal crossed pea plant. The genes in pea plant are far from each other. That is why they can separate independent of each other.

This is whole information on three laws of Mendel.