Vegetables are the edible plant matter consumed by humans or other animals as food. It can be consumed in different plant origin forms including flowers, fruits, roots, stems or seeds, eaten raw or cooked. However, exceptional foods like edible mushrooms, seaweed which are not plant origin, are also labelled as vegetables. Vegetables and fruits are exclusive to each other. We may eat fruits as a vegetable in day to day life. For example, Tomato which is consumed daily as a vegetable is botanically a fruit.

In ancient times, people foraged various edible foods by hunting or rummaging. The food they gathered was mostly staple foods. So, they started cultivating vegetables as supplementary to add variety to their diet. They were then traded across the nations and with development people started producing man made hybrids using favourable plants with desired characteristics through the process of plant breeding or in some cases naturally through cross pollination as well. For an instance, the corn we eat today was developed from ancient hard shelled teosinte. Other vegetables like eggplant, broccoli, cabbage, etc we consume today are also man made. The oldest known man made veggies are tomatoes. The Herbarium Sheet Circa 1542-1544 shows the oldest conserved tomatoes of europe.

Mostly Man made vegetables are confused with GMOs (Genetically Modified foods). GMO are said to be plants that are genetically engineered with DNA from bacteria, viruses and other plants. They are modified for herbicide tolerance and thus contain chemicals designed to kill weeds. Hybrid or man made foods are created when two varieties of vegetables are crossed with each other to produce new varieties.

Why Are Man Made Vegetables Invented?

Many hybrid or man made vegetables are created to produce vegetables with specific taste and flavour that can be more palatable to the people. Since it is prepared by using desirable plant characteristics favourable for certain environmental conditions. They are created in such a way that their productivity is far higher than the natural ones. So, man made veggies are of great economic importance. The quality of life of people is improved with increase in production of new hybrids. With the invention of man made vegetables, a large number of peoples with low living standards have been able to add variety to their diet.

Man Made Vs Natural Vegetables

Is There Any Health Risk For Eating Man Made Vegetables?

Man made hybrids are unnaturally high in sugar and starch as well as off in a mineral ratio. Man made veggies are prepared combining various desired characteristics and thus are sensitive to environmental change. So, different insecticides and pesticides are sprayed to protect them from fungus, bacterial diseases and pests. But the problem is overspraying of those chemicals which can affect the health conditions of the consumers. It can lead to health conditions like mineral deficiencies, weight gain, gastrointestinal disorders, diabetes, infertility and some cancers.

Advantages Of Man Made Vegetables

Broccoli along with Brussels Sprouts, Collard greens and Cabbage are man made vegetables.

About 2500 years ago, wild mustard grew only in some parts of Europe and the mediterranean. Its taste varied according to the places it was grown. Ancient Greeks and Romans soon developed an idea to plant it for food so they engaged in selective breeding by using seeds from wild mustard with larger leaves. This led to the production of Curly Kale and Collard greens as a result.

The selective breeding continued in the 1600s and people bred wild mustard with bigger leaf buds. This led to the production of a new vegetable covered with lots of leaves which was the first cabbage.

Broccoli was cross bred with kalin to create broccolini. There are still many experiments being done using cabbage. 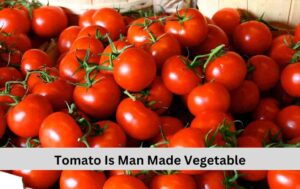 It is one of the oldest veggies around. The original tomatoes were much like yellow cherry tomatoes, only more petite in the size of peas. The ancient tomatoes had a small yellow or green fruit which was used in cooking. The sweeter better tasting tomatoes were created in the mid 20th century through the mutation of U phenotype and crossbred tomato breds to create red tomatoes. Scientists are now using CRISPR to boost tomatoes’ vitamin D level. 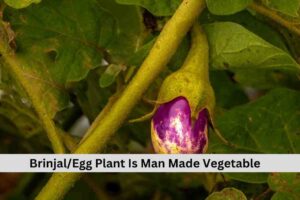 They got their name due to white colour and egg shape in the early period. They used to be different from what it was. The ancestors of eggplants came in many different colours, including purple, blue and yellow while some even had spines.

It is also one of the man made vegetables originated from the Brassicaceae family. Radishes originated in China and gradually spreaded west. Its true wild forms can still be found. 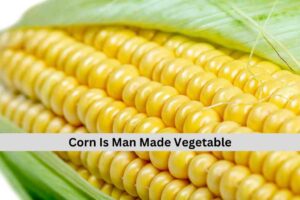 Corn comes from a wild grass plant called teosinte, which is still growing in Mexico today. The kernels were small and were not placed close together like kernels on the husked ear of modern corn. 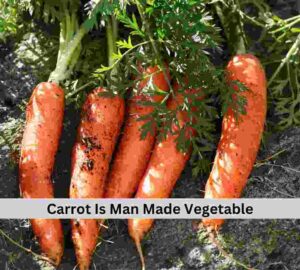 Natural carrots were either white or purple and probably inedible in nature. The modern orange carrot we eat today is a hybrid of the yellow carrot which is also a hybrid of white carrot. The earliest known ancestor of carrot exists in the 10th century. They had smaller roots of varying sizes. Selective breeding of carrot continued to modern times to improve their flavour and colour. 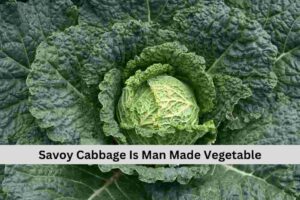 It is one of the several cabbage varieties named after the Savoy region in France. It has crinkled, emerald green leaves. Its leaves don’t have that same crispness to them that other cabbages do when raw. 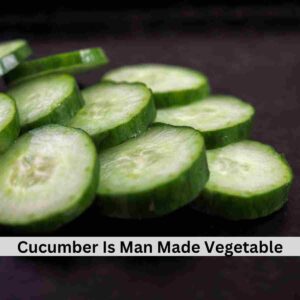 The earlier cucumbers used to be spiny and bitter because of the cucurbitacins compound. It is one of the ancient vegetables. It originated from South Asia. 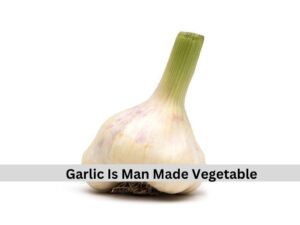 It is a man made hybrid cultivated for several thousand years now. It is one of the species in the onions genus, Allium. The ancient Indians domesticated the wild variety, Allium longicuspis which transformed into modern day garlic ( Allium sativum). 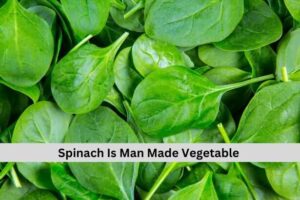 Different types of spinach are created in different countries. The varieties are selected based on leaf sizes & shapes, yield and blooming characteristics and then breeding is practised. 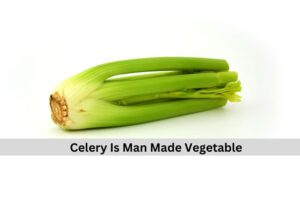 It was first a bitter, semi-poisonous weed with thin, hollow stalks which was used for medical properties, ornamentation and as a condiment. It was then a luxury. Celery farming first began in California. Beets originated in the Mediterranean region from the sea beet, which can still be found in its wild form to this day. Their leaves were used as a potherb in ancient times. 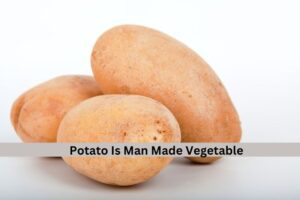 Potatoes started quite small and narrow like just a little gnarlier. They were domesticated from a species in the Solanum brevicaule complex. It is one of the world’s main food crops grown for its starchy edible tubers. 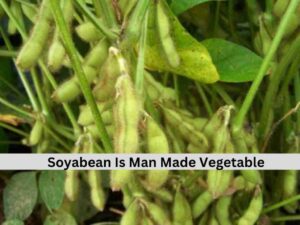 The modern days Banana didn’t come naturally.It is the hybrid of Musa acuminata with large flesh and unpleasant taste and Musa balbisiana with many seeds and sweet taste. It was actually crossbed naturally but was sterile. The ancient people then learned about it and replanted bananas with favourable traits.

In this article, we studied about some of the man made vegetables we may have been consuming as natural. The man made or hybrid vegetables have higher resistance and can survive in heat, cold and drought better. The farmers benefit from them because of their consistent and higher yields with predictable fruit maturation time. The man made vegetables lack nutrients and minerals. They may not always be beneficial if over spraying of pesticides is practised. The chemicals may affect human health as well as environmental health. So, if we can grow these vegetables using organic fertilisers, consumers can be healthy and the economic standard of the farmers increases drastically.

Broadcasting Method Of Sowing In Agriculture