When someone ask you a question, What is the colour of the plants? Then, You surely gonna answer, Green. Right?. In general, We see the green colour plants. But, Do you know, there are some plants that aren’t green in colour. The most common example of non Green plant that you know is Mushroom. We use mushroom as a vegetable. It is delicious and has lots of health benefits.

Plants contains a cell organelle called Chloroplast that produce green pigment called chlorophyll which makes the plant green. Plants are able to prepare their own food (Glucose) by the help of this chlorophyll pigment and the process is called Photosynthesis.

So – In this article, We will learning about the non green plants/acholorophyllus plants and their mode of nutrition and some examples.

Though you haven’t seen all, There are many non green plants in nature that are flourishing from thousands of year. We have listed some of them that you can easily find.

Mushroom is probably the most important non green plant existing in nature. Actually, It is a fungus. There are different species of mushroom available. Some are poisonous and some are edible. Edible mushroom are delicious and nutrient rich. Millions of people are doing commercial mushroom farming. However, This plant doesn’t contain chlorophyll and can’t prepare own food. You haven’t seen green mushroom. They obtain the food from the dead and decaying organic matter. 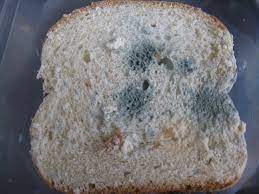 Mould and bread mould are also achlorophyllous plants that grow on stale food especially bread. If you leave your bread in open for long time, then – The spores of bread mould enters in it and finally it wil be covered with mould and you can no longer eat it. Some bread mould are harmless while some are dangerous if consumed. It is a kind of fungus that gets nutrients from the bread. 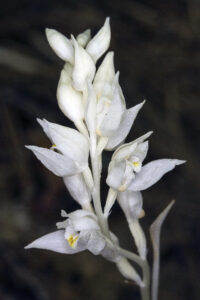 Orchids are undoubtedly the most beautiful flowers in this world. Their wide range of flowers with many colours make them unique from others. You might have seen orchids, and the colour you see is green. But, There are some orchids which lacks the chlorophyll completely and can’t prepare own food. They show parasitic nature deriving nutrients from other plants. Example of such orchid is, Phantom Orchid. This is completely white in colour. So, No chlorophyll. 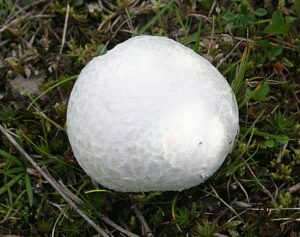 This is one of the acholorophyllus plant that gives proper satisfaction when a question like, Show me the non green plant comes. It looks similar to mushroom but can be as big as basketball. They are edible.

They are a type of fungi that grows on wood. They lack chlorophyll. That’s why, they derive the nutrients from dead and decaying organic matter. They use mycelium for nutrient uptake. Like other fungi, they are also inedible. 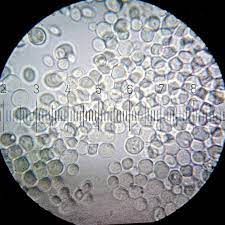 Yeast are also fungi. They are non green plant. Some yeast are useful while some aren’t. You know the baker’s yeast, That is very important for bakery industry. 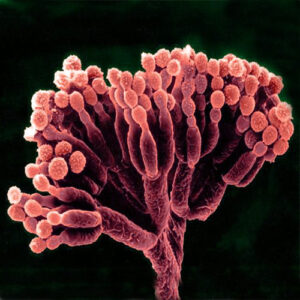 It is a kind of fungi widely used in making medicinal drugs. The antibiotics were first made from Penicillium notatum. 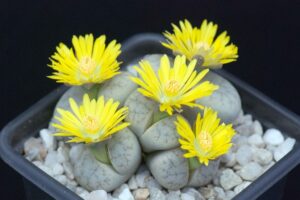 Lithops are also known as living stone plants. They are succulent plants native to south africa. They are also non green plants. 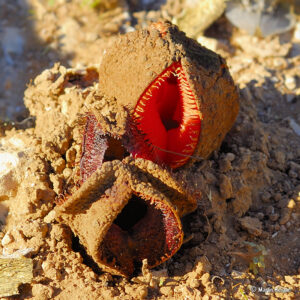 This plant native to south africa is parasitic on roots of euphorbiaceae family. This looks bizzare and interesting. It is also called jakkalskos or jackal food. It lacks cholorphyll and is brown grey in colour. Most of its parts are Underground. Only the upper portion of the flower is seen above the ground.

60 Examples Of Monocot And Dicot Plants 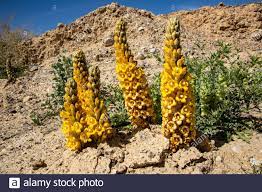 This plant parasite on other plants like tomato, brinjal, beans for the nutrition as it lacks chlorophyll. They derive nutrient from the roots of other plants by means of haustorium.

How Non-Green Plants Get Food?

As they do not contain chlorophyll, They can’t prepare their own food and they now derive or say steal the food from other plants. Like Saprophytic plants, Some produce digestive enzymes and lysis them and finally obtain the nutrients from them. There are some non green plants that actually do photosynthesis like we discussed earlier, Begonia. They aren’t green cause the other pigment masks the green pigment. However, As chlorophyll is present underneath, there is a photosynthesis going on.

✓Some non green plants are source of food like Mushrooms.

✓They help in the decomposition of organic matter.

✓They helps to release nutrients from FYM by degrading them efficiently.

✓They are part of ecosystem and food chain.

Thus – Despite of our general idea of green plants there exist some non green/achlorophyllous plants in nature. Generally, They are heterotrophic.

Syngonium Pink If we talk about the indoor houseplants and not mention Syngonium, then – it will be an injustice because it has wide varieties, leaves are beautiful, grows in minimal care, can be grown as vine and has many colours. In this blog, we will be discussing its beautiful variety having pink leaves called,…

Philodendron Deja vu Hello Fellow Gardener, Are you looking for a plant that doesn’t require a lot of care? You might be busy but love plants and want one, so we’ve found the perfect one for you, Philodendron Deja Vu. This plant is grown for its foliage beauty. The unique appearance of this compact, easy-to-grow…

Monkey Tail Cactus We all have seen Cactus in our life. They are known for their spiny and succulent stems. Usually, They aren’t kept indoors as they aren’t very attractive. However – There is one spectacular cactus that everyone is fond of. It is none other than Monkey Tail Cactus. In this article, we will…

Fiddle Leaf Fig Brown Spots Fiddle Leaf Figs (FLFs) can sometimes be fickle and tricky for some new owners to figure out. If one of their needs are not met, they will definitely show you. Many new or even experienced plant owners will face the issue of fiddle leaf fig brown spots or black spots popping…